One of the geospatial tools I tried was GeoCommons. I really like the maps featured on GeoCommons because visualizing data can really add to your overall understanding of the information. For example everyone knows what a retail behemoth Wal-Mart is but seeing the map of it was nonetheless shocking: 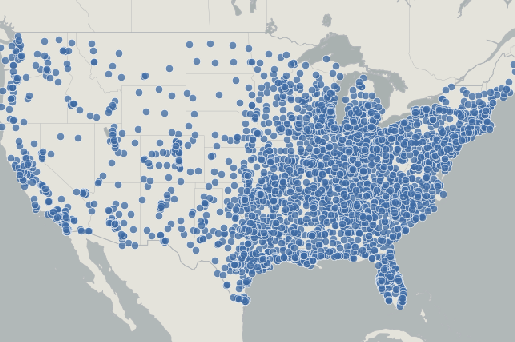 I had a lot of difficulty in trying to create a map with my own data set. Every time I tried to upload my excel document saved in CSV it kept saying error. I wanted to create a map of of the places I go to most often but it just wasn’t working. They have data sets available on the website, but I don’t understand what I would do with other people’s data sets since turning it into a map won’t change much, the map feature just allows you to change colors, lines, etc. basically the aesthetics of the map. Other people’s data would only come in handy if it complimented my own, and I could show both on one map. I will post again if I figure out why my data isn’t uploading.

Update: So I did get it to work when I tried again and it was fairly simple except you have to read the instructions which is something I’m not used to. I really enjoyed Steve Romalewski’s visit to our class last week because his presentation illustrated the unique and interesting possibilities of GIS tools. The following is a map of my most frequented zip codes, although it’s not unique or interesting, creating it made me get enough of a sense of the tool to be able to create something better next time… 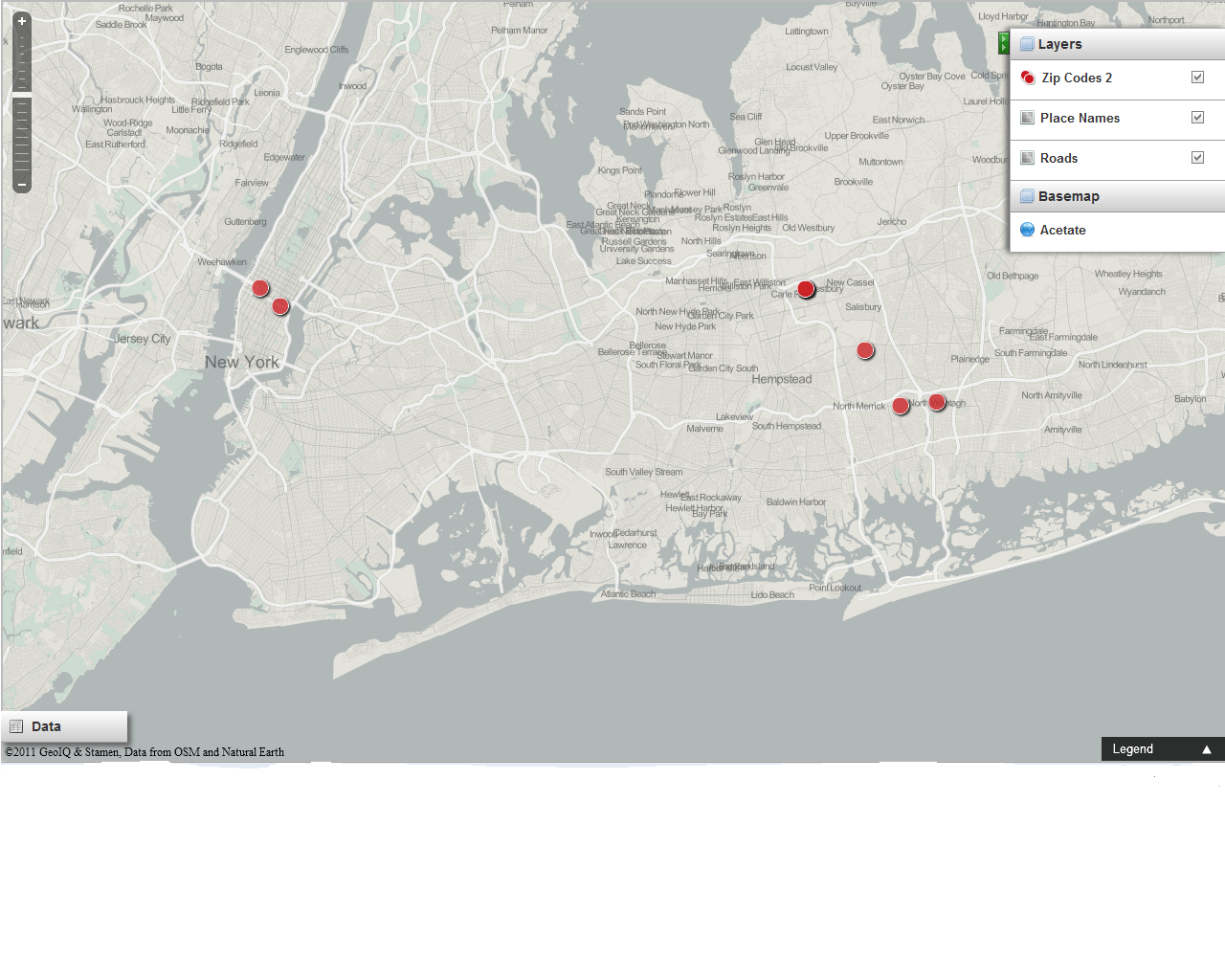