I found a tool that sounds like it would be suited to a project comparing a novel and its screenplay adaptation (it is, of course, far more complicated than this assignment allows).  The tool is called PAIR: Pairwise Alignment for Intertextual Relations.  From its site:

PAIR (Pairwise Alignment for Intertextual Relations) is a simple implementation of a sequence alignment algorithm for humanities text analysis designed to identify “similar passages” in large collections of texts. These may include direct quotations, plagiarism and other forms of borrowings, commonplace expressions and the like.

In playing with Juxta, I compared the opening scene of the film with the passage in the novel.  While it didn’t provide any great insights, it was useful to have both side-by-side: 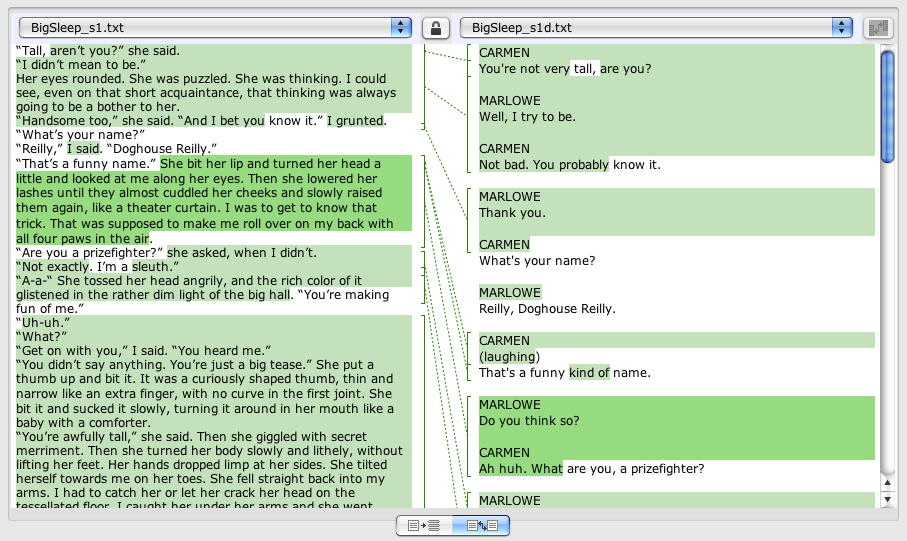 The areas that are NOT highlighted in green are exact matches.  You can see that dialogue that is almost the same doesn’t necessarily stand out in this system.

Since this project got rather complicated quickly, I also did some playing with Voyant and Google N-Grams. 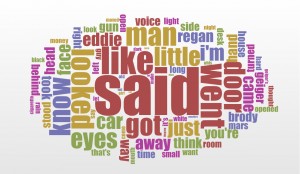 In Voyant, I visualized the entire text of the novel and used the standard Taporware (English) stopwords.  Two words stood out to me: “said,” which I suppose indicates that the book is heavy on dialogue, and “door,” which I find interesting.

Changing topics briefly, I used Google N-Grams to look at the change in usage of terms in film studies.  I chose “photoplay,” “moving picture,” “motion picture,” and “cinema,” for the period 1900-1980. 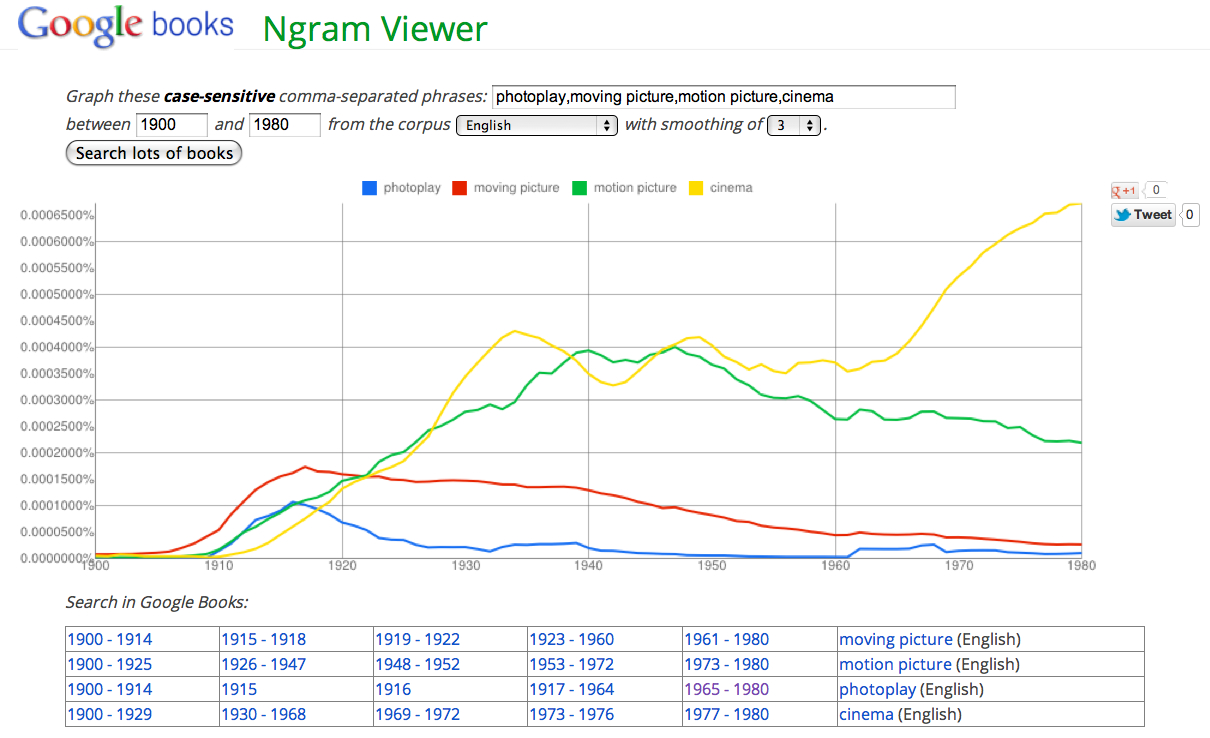 It’s pretty clear that the early 1920s saw a switch from “moving picture” to “motion picture.”  I can see how a tool like this would help me narrow down a period of study in researching this change.  Also, “moving picture” and “photoplay” seem to peak around 1915, which I know from my previous research is also the first appearance of “moving pictures” in the Library of Congress Classification system.  This made me want to revisit the topic and compare the evolution of the LCC schedules with the Google Books corpus.

I had fun playing with the different tools, but it can be a bit overwhelming trying to make sense of the specialized vocabulary and the long list of tools available.  I can definitely see a role here for a reference librarian in consulting with students and researchers, to help recommend some tools to start with.

Roxanne Shirazi is Project Director at the CUNY Digital History Archive and Dissertation Research Librarian at the Graduate Center Library.
View all posts by Roxanne Shirazi →
This entry was posted in Uncategorized and tagged DHtools, juxta, ngrams, PAIR, textmining, voyant. Bookmark the permalink.

2 Responses to Playing with Tools for Text (Part II)